Back to Reality – Out Now!

Read the #1 Bestseller everyone is talking about! 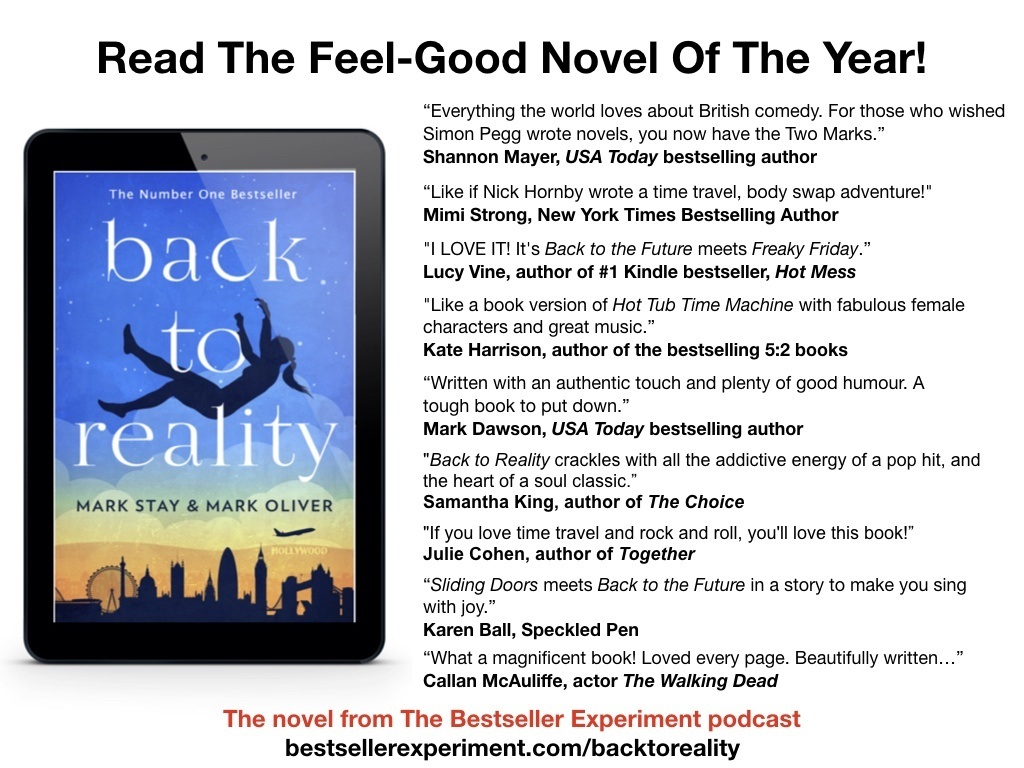 Jo's world is about to change forever, and it’s about time

Her marriage is on auto-pilot, daughter hates her, job sucks and it’s not even Tuesday.

As Jo's life implodes, a freak event hurls her back through time and space to ‘90s Los Angeles where, in a parallel universe, she’s about to hit the big time as a rock star.

Jo has to choose between her dreams and her family in an adventure that propels her from London to Hollywood then Glastonbury, the world’s greatest music festival.

In her desperate quest, Jo encounters a disgraced guru, a movie star with a fetish for double-decker buses, and the biggest pop star in the world... who just happens to want to kill her.

Back to Reality is a story about second chances that will make your heart sing.